Celebrating a Spiritual and Architectural Icon

Holy Trinity had its beginning when a small community was established in 1892 as St. Vladimir’s. The first services were held in a house on North Noble Street and later in a rented home on Armitage (then Centre) near Racine. The community then consisted of a small group of Orthodox immigrants from Carpatho-Russia and Galicia.

By the time Louis Henry Sullivan was asked to design the cathedral and parish structures, he had earned a reputation for being one of America’s most renowned architects. In designing this church, Sullivan undoubtedly studied the designs of numerous contemporary Russian churches, however, archival references show that a small wooden church in the village of Tatarskaya in Siberia served as inspiration for his final design.

The cornerstone for the new church was laid on March 31, 1902, and the new structure was consecrated by Bishop Tikhon of the North American mission of the Russian Orthodox Church on March 25, 1903. (Bishop Tikhon upon his return to Russia was elected as patriarch of the Orthodox Church of Russia and later died as a confessor to Christ.) Holy Trinity was designated a cathedral in 1922. It was listed on the National Register of Historic Places in 1976 and designated an official City of Chicago Landmark in 1979.

Today, Holy Trinity Cathedral continues to be dedicated to serving the people of God in the spirit of Christian love and witness. Holy Trinity does not confine its services to those of Slavic descent. A growing number of converts have been received into Orthodoxy at our cathedral. 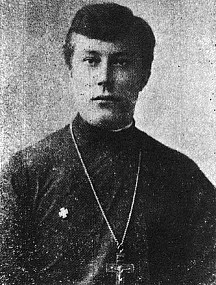 1871 Born in Riazan, Russia
1895 Ordination to the Priesthood
1895 Started his missionary work in America
1903 Build Holy Trinity Cathedral
1907 Returned to Russia
1917 Martyred
1994 Canonized a saint by the Russian Orthodox Church

The Life of St. John 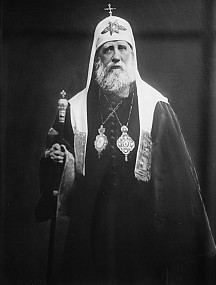 1865 Born in Pskov, Russia
1891 Tonsured a Monk
1898 Started his missionary work in America
1903 Consecrated Holy Trinity Cathedral
1917 Elected Patriarch of Moscow and All of Russia
1925 Reposed in the Lord
1989 Canonized a saint by the Russian Orthodox Church

The Life of St. Tikhon 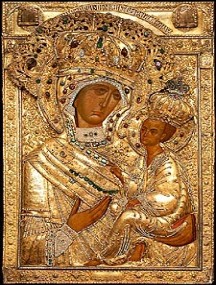 Story of the Icon