10th Anniversary of the Repose of Archbishop JOB 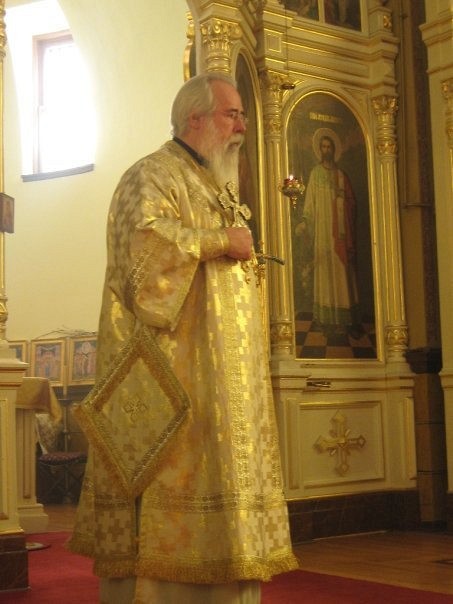 On Friday, December 18, 2009, His Eminence, Archbishop Job of Chicago and the Midwest unexpectedly fell asleep in the Lord.

His Eminence, Archbishop Job was born Richard John Osacky in Chicago on March 18, 1946. He completed university studies at Northern Illinois University and, after graduating from Saint Tikhon Seminary, South Canaan, PA, in 1970, he served as cantor and youth director at Saint John the Baptist Church in Black Lick, Pennsylvania. He assumed responsibilities in leading Divine Services in the prescribed manner for readers, conducting religious education and youth work, and painting icons. It was his extraordinary affinity with Orthodox youth that gained him the recognition of the Church at large.

In 1973 Reader John was ordained to the holy diaconate and consequently to the holy priesthood by Bishop Theodosius of Pittsburgh [later Metropolitan Theodosius of All American and Canada]. He was assigned to the parish in Black Lick, where he also served as spiritual director for the Orthodox Christian Fellowship at nearby Indiana University of Pennsylvania.

As a celibate priest, he maintained a zeal for the monastic life in all his endeavors. In 1975 he was made a riasaphor monk, and later was tonsured a monk in the Lesser Schema by [then] Bishop Herman in August of 1982. In November of that year he was elevated to the rank of archimandrite.

Recognizing that zeal and spirit of dedication to Church service in Father Job, the Diocese of New England nominated hieromonk Job as their diocesan bishop. The Holy Synod of the Orthodox Church in America ratified the nomination and elected him Bishop of Hartford and the Diocese of New England. He was consecrated to the episcopacy on January 29, 1983, at All Saints Church in Hartford, Connecticut.

At its session of November 5, 1992, the Holy Synod of Bishops elected Bishop Job as Bishop of Chicago and Diocese of the Midwest. He was enthroned as Bishop of his native city at Holy Trinity Cathedral on February 6, 1993.

In his years in the See of Chicago, the Diocese of the Midwest experienced tremendous growth. This was witnessed in—but certainly not limited to—the establishment of numerous new mission parishes in the diocese.

In addition to his regular duties as the ruling hierarch of the Diocese of the Midwest, His Eminence enjoyed his long-standing and excellent reputation as an iconographer and iconologist. He was often called upon to offer lectures on this subject, and he was willing to assist and encourage other iconographers.

In recognition of his more than twenty years of “good and faithful” service as archpastor, at the March 2004 Session of the Holy Synod, Bishop Job was elevated to the rank of archbishop.

May His Eminence, Archbishop Job’s memory be eternal!